Life has taken me to Cleveland twice in the last 2 weeks, so I decided it was time to explore their restaurant scene. Recommendations flew in from the CLE Twitterati with recommendations including everything from Top Chef's Michael Symon's empire to and classic brat-serving dives.

I met up with my posse of fellow blondes I've connected with via Twitter: @KristenKaleal, @CaraLageson & @EJHonsa and insisted that we go somewhere that I couldn't go in DC. After much consideration, we settled on Paladar Latin Kitchen & Rum Bar. 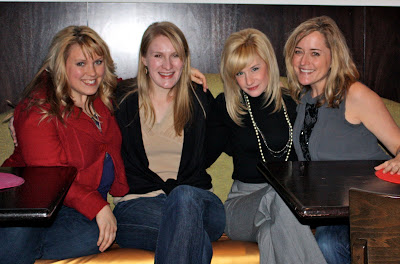 From the start Paladar was entertaining and colorful, from the decor to the staff to the food & drink that was put on our table. Our server Jill was knowledgeable about the menu and patient in dealing with a gaggle of indecisive chicks that included self avowed steak fiends & strict vegetarians.

I started off with the Pomegranate Caipiroska (basically a Caipirinha w/ vodka instead of rum) and the spicy house made guacamole. Neither disappointed and I liked that the guacamole was served with plantains and yucca chips instead of the more obvious tortilla chips. 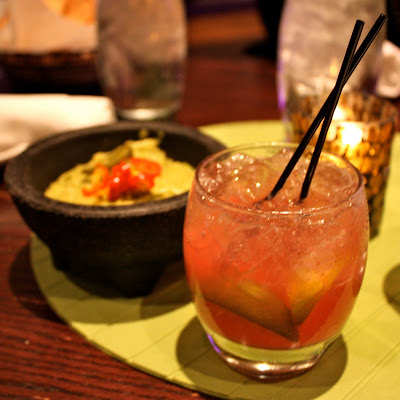 Next up, we decided to share the trio of ceviche which was GORGEOUSLY presented and included the Ecuadorian Shrimp Ceviche with Plantain Chips (steamed shrimp, tossed in a tamarind citrus marinade with avocado, pickled garlic, pico de gallo), the Tuna & Watermelon Ceviche with Yucca Chips (a mix of sushi grade tuna tossed in a sweet chili vinaigrette with honeydew, watermelon, basil & hearts of palm) and the Sweet & Spicy Salmon Ceviche served with popcorn (yes, popcorn!) Apparently, popcorn is a traditional Latin garnish with ceviche... who knew? But it works! 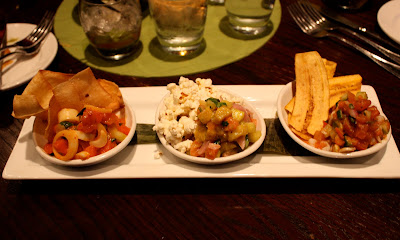 Kristen & I ordered the Black Bean Empanadas which were stuffed to the gills with black beans cheeses, topped with pico de gallo and a drizzle of their smoky paprika aioli: 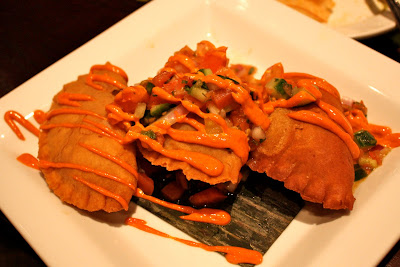 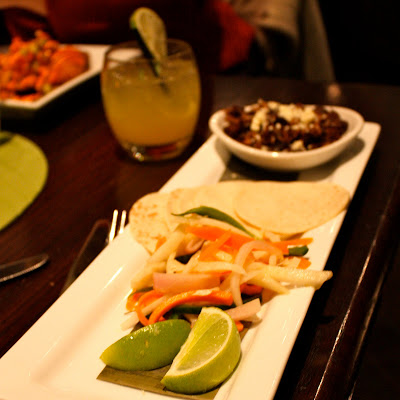 And, Emily had the Ropa Vieja (which I was fired up about with my hankering for Tampa-style Cuban food): 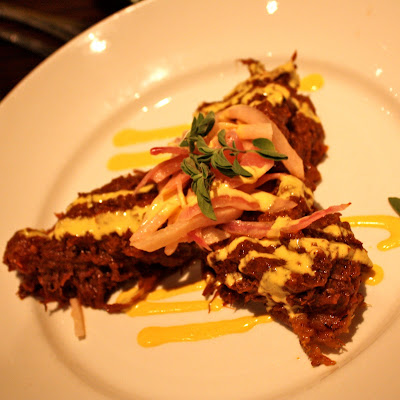 Everything was delicious and we had a great time. Granted, the blondes traveling in a pack tend to have fun anywhere, but the staff & the perfect service lended us hand on a cold Tuesday night. I'll be looking for the first expansion for Paladar... rumor has it it will be Annapolis, MD (my neck of the woods!!)...

So, Clevelanders, what should I not miss on my next visit to the CLE? I've heard Symon's Lola, Lolita & B Spot Burgers; Mama Santa; Map Room; D'Vine Wine Bar (I've been made to swear that I'll try the baked brie); Pier W & Ponte Vecchio (bonus: view); Parallax; The Happy Dog (two words: tater tots); and Hot Sauce Williams (though, I've been warned, like Ben's Chili Bowl in DC... it's best about 4am).

Leave me your favorite spot and what I should order there in the comments section or tweet me @FloridaGirlinDC!
Posted by Tammy Gordon at 5:46:00 PM

So glad you enjoyed Paladar! Of all the places on your list, I'd drop Mama Santa to the bottom. Hot Sauce Williams has both supporters and detractors, but I've never been.

Symon's places are all great, as is Parallax, and I've heard nothing but good about Map Room, Pier W, and Happy Dog. I had one nice meal at Ponte Vecchio, but again, I wouldn't put it at the top of your list.

I would add to the top part of your list - Crop Bistro on W. 6th Street (their Sunday Supper is the most amazing dinner value in town), The Greenhouse Tavern on E. 4th, and Dante in Tremont.

Now I'm going to have to try to get Matt to D'vine tonight--but I think that will entirely depend on whether the game is playing!

It was SO awesome to see you! I do think the ropa could have had less of a sloppy-joe consistency, but it was very delish. And you could not beat the service...or those tiny little Mahi-Mahi tacos!