What I've Been Eating: Dinner at the Fiola de Fabio Trabocchi

Anytime Alejandra says, "Hey I got a ___________, wanna try it?" my answer (sight unseen) is yes. This time, it was an early reservation to the new Fiola da Fabio Trabocchi.

Let's start at the bar. Fiola's nabbed Jeff Faile from Palena. The man makes a brilliant cocktail. We had Manhattans. 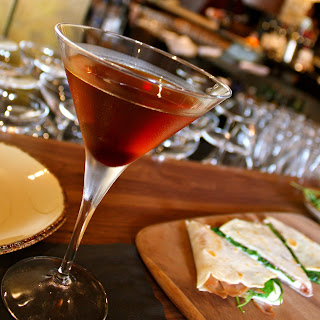 And to soak up the Manhattans, we had crispy, cheesy jamon quesadilla and gooey cheese sandwiches. Little did we know, we didn't really need to go there since so much food was headed our way, but no regrets... 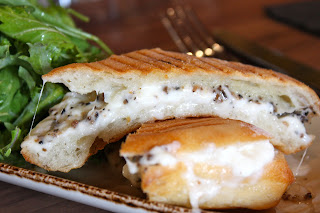 One of the things that's fun about getting in to a restaurant's soft opening is that they are trying lots of new things and want you to taste them. This little number was bruschetta with fish cheeks was complements of the bar. 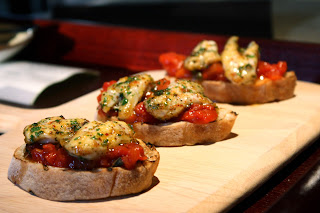 At this point, we realized we were filling up. And filling up fast. But we still had to try entrees, right? It's, like, our duty as food bloggers... (help me justify all we ate, por favor?) Next up, we tried to narrow down the selection of pastas - Chef Fabio makes almost all of the pasta in house and the staff had been raving about three things. We couldn't make up our mind, so the manager told us we could do half portions of the pasta... we chose the Pappardelle with Mushrooms which was my absolute favorite... 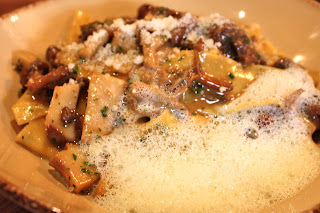 ... and the Gli Spaghetti, which was topped with sea urchin and included a tangle of crab and chili in the pasta. 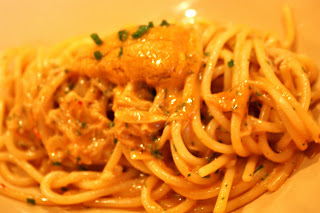 But, the chef was bummed that he didn't get to show off his Lobster Ravioli. I tend to think Lobster Ravioli is a throwaway dish on a menu. Um, no, not here. This is just a tasting portion and check out that gorgeous lobster and pillowy ravioli!!! 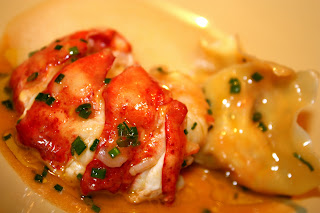 At this point, I had the pasta sweats and thought I was going to die. But again, chef insisted. You *have* to try dessert... we have the most amazing pastry chef.  And, again, he wasn't lying. This kid has mad dessert making skills. My favorite was the Bambolini, which was donuts with ricotta and citrus marmalade. I took them home and had them for breakfast the next day. 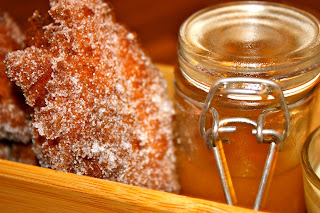 Add Fiola to your to taste lists. It's located at 601 Pennsylvania Avenue NW near Archives-Navy Memorial Metro. You can follow them on Twitter, Chef Fabio's blog and Facebook for all of the latest specials... but I recommend getting there and tasting in person.
Posted by Tammy Gordon at 8:46:00 AM

Our review is here: http://pqinsider.blogspot.com/2011/04/fiola-in-review.html